The Committee on Fisheries (COFI) at its Nineteenth Session in March 1991 called for the development of new concepts which would lead to responsible, sustained fisheries. Subsequently, the International Conference on Responsible Fishing, held in 1992 in Cancûn (Mexico) further requested FAO to prepare an international Code of Conduct to address these concerns. 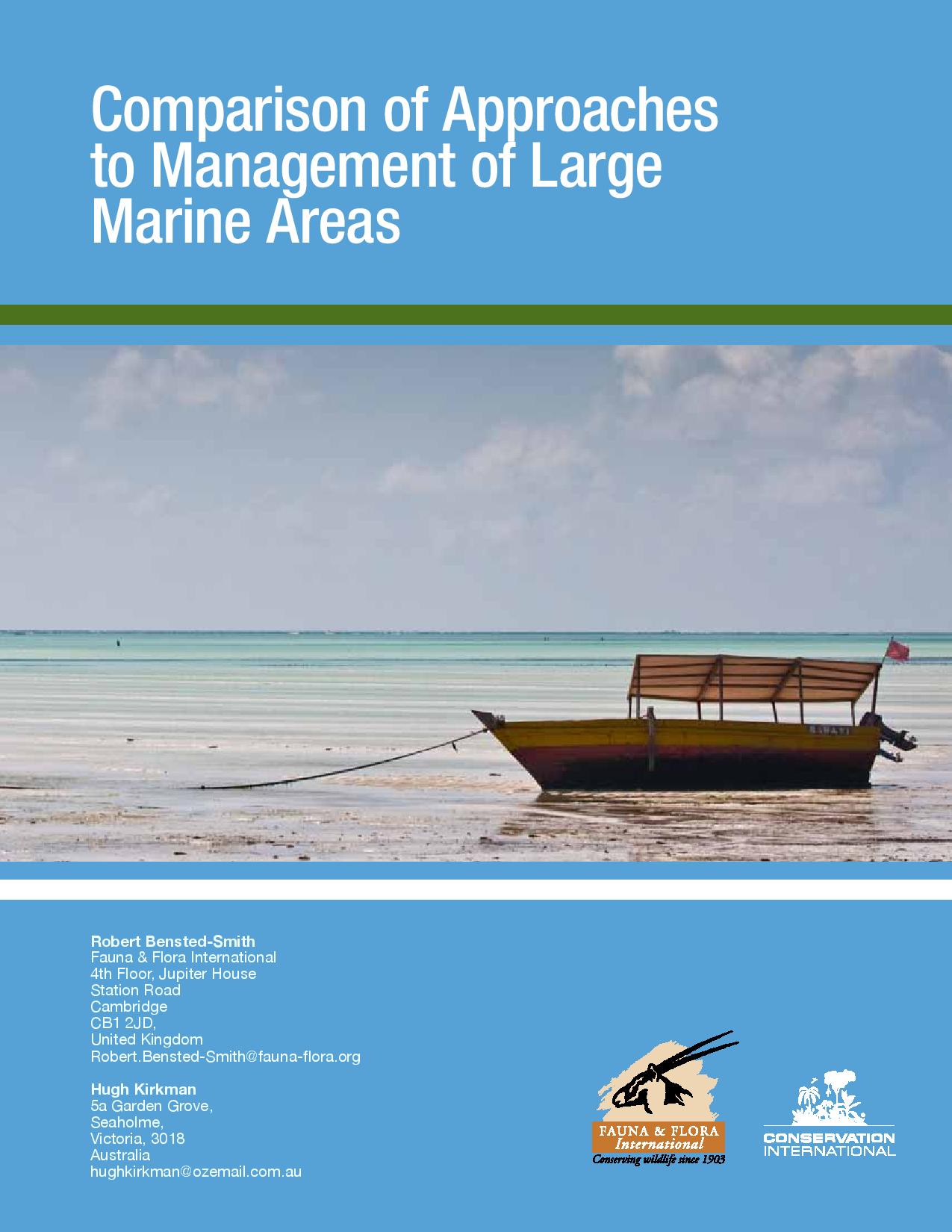 Comparison of Approaches to Management of Large Marine Areas

The ocean makes up the Earth’s primary life support system, comprises 70 percent of our planet’s surface and is essential to human well-being and prosperity. Ocean ecosystems are threatened by unsustainable fishing, global change, habitat destruction, invasive species, and pollution – the combined effects of which are far more destructive than individual threats on their own.

Effectively addressing these threats requires comprehensive ocean management at large scales. Several models exist for achieving such large scale marine management, each of which tackles a broad range of issues with its own suite of inputs, objectives and methodologies. Often, more than one of these frameworks are applied to the same or similar geographies by different institutions.

In order to learn more about the different approaches to managing large-scale marine areas, their comparative merits, and the synergies and overlaps between them, CI commissioned this independent analysis of several widely applied models. Although the report was commissioned by CI, the views expressed in this report are those of the authors; they were charged with providing a critical examination of all the assessed approaches, including the Seascapes approach. 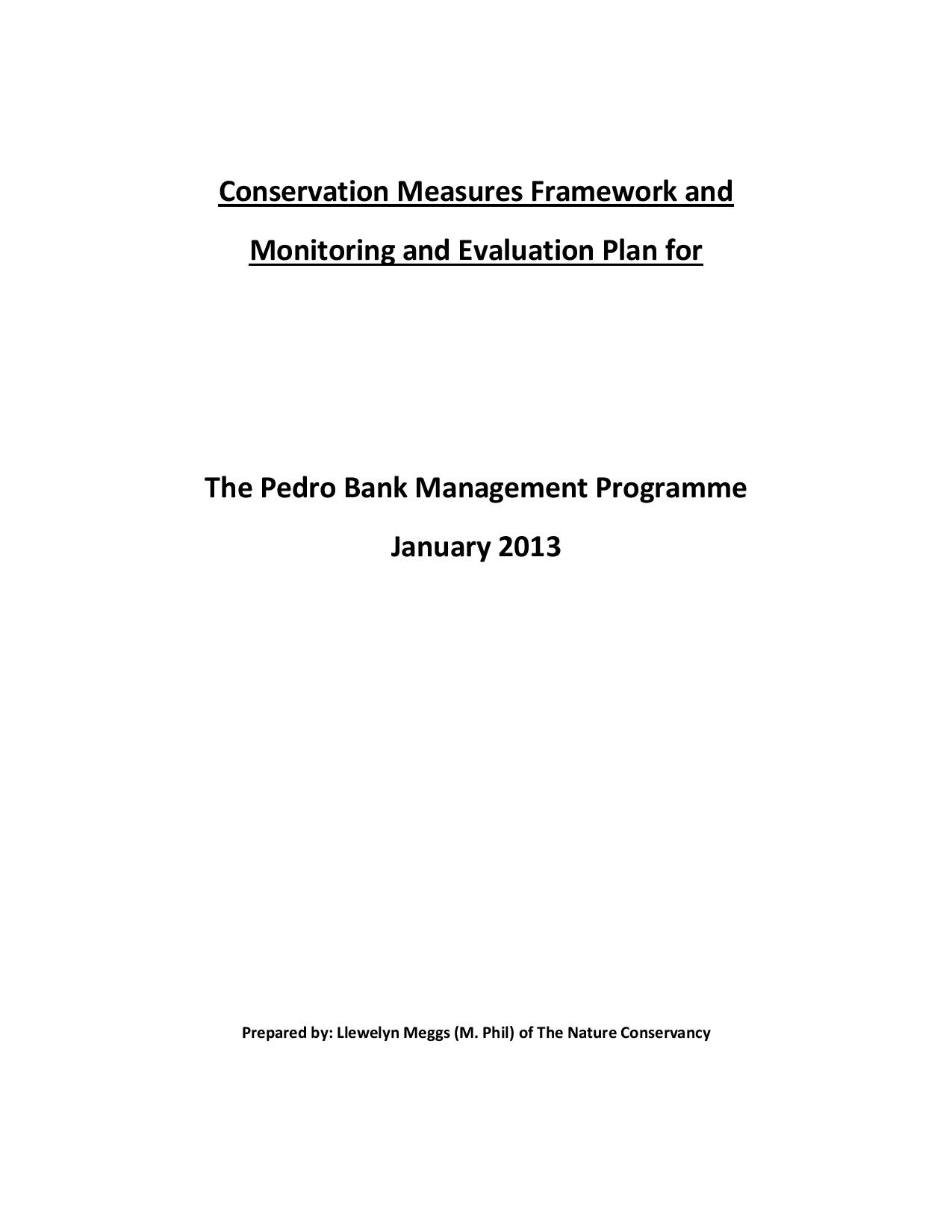 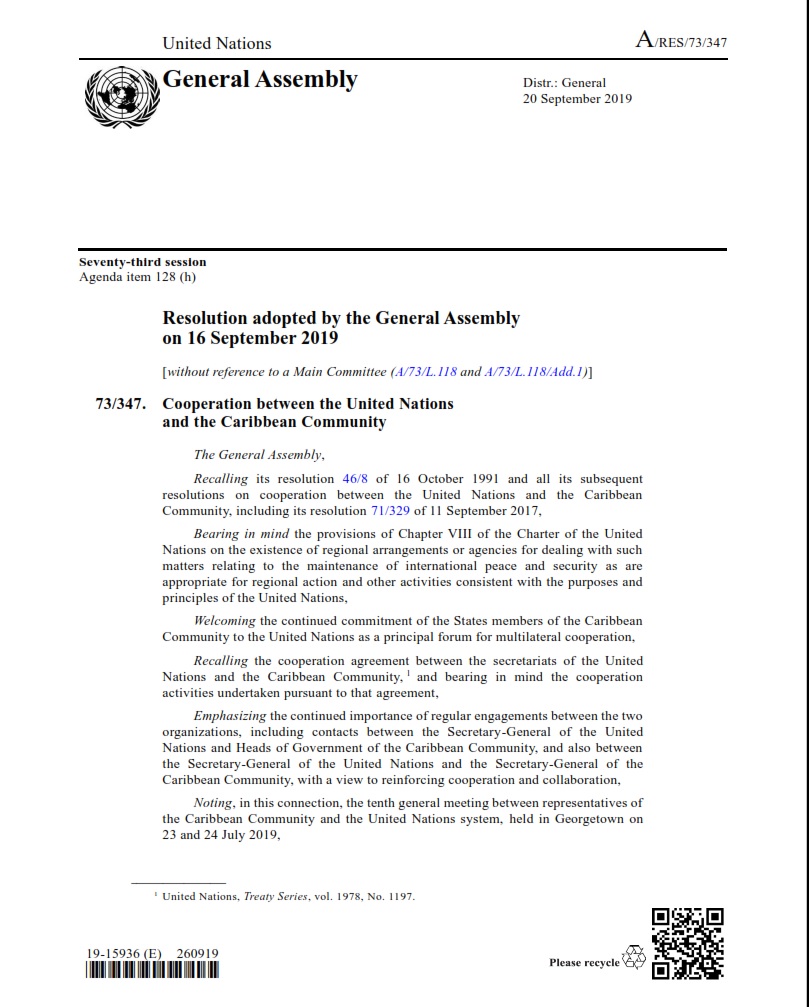 Cooperation between the United Nations and the Caribbean Community: resolution / adopted by the General Assembly

In this resolution the General Assembly affirms the need to further expand and deepen the cooperation that already exists between the Caribbean Community and the United Nations agencies, funds and programmes, so as to enhance coherence and effectiveness in the partnership among the United Nations, the Caribbean Community and the States members of the Community. The assembly also calls on the United Nations system and the international community to continue to assist in furthering the development and maintenance of peace and security within the Caribbean region and requests the Secretary-General to submit to the General Assembly at its seventy-fifth session a report on the implementation of the present resolution. 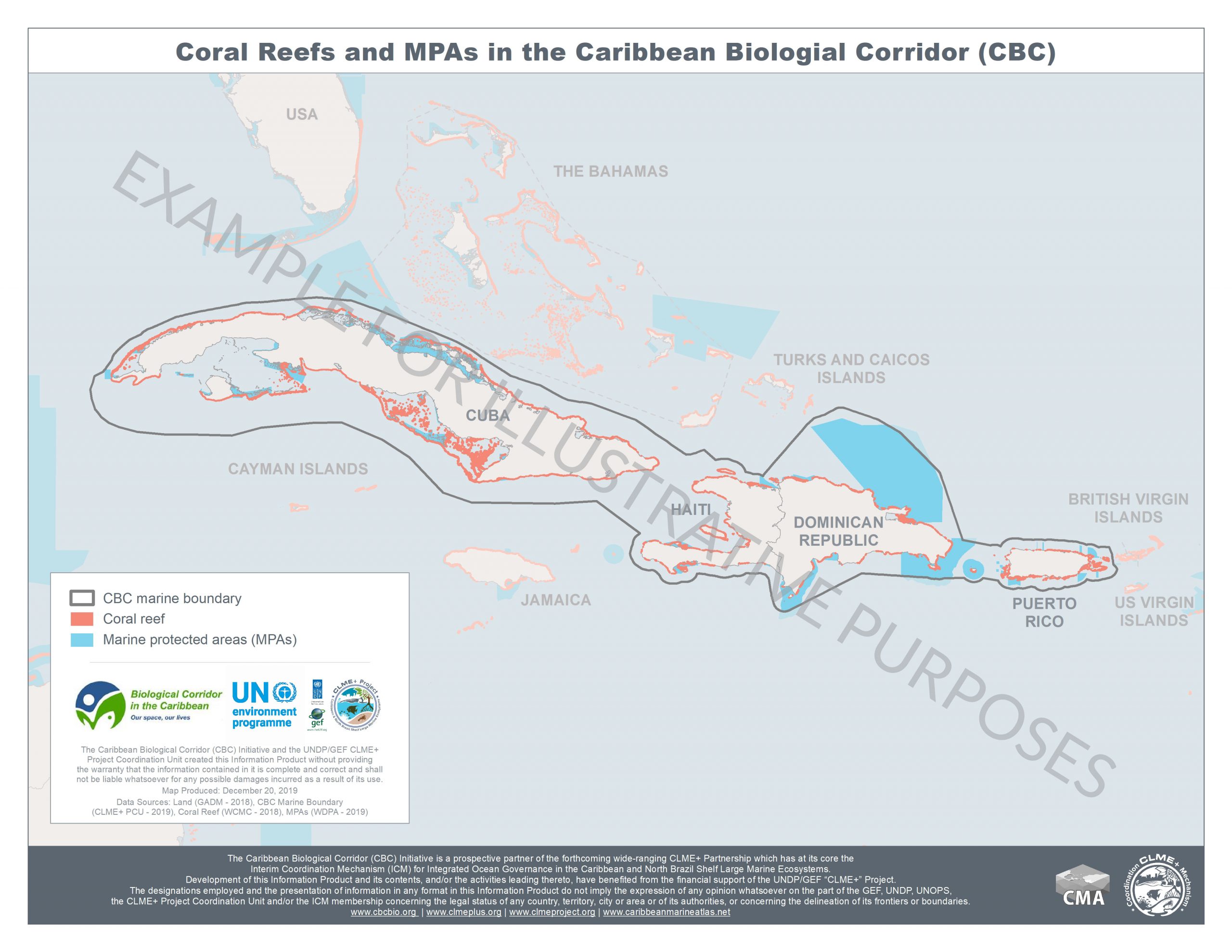 Coral Reefs and MPAs in the Caribbean Biological Corridor (CBC)

Coral Reefs in the Eastern Caribbean 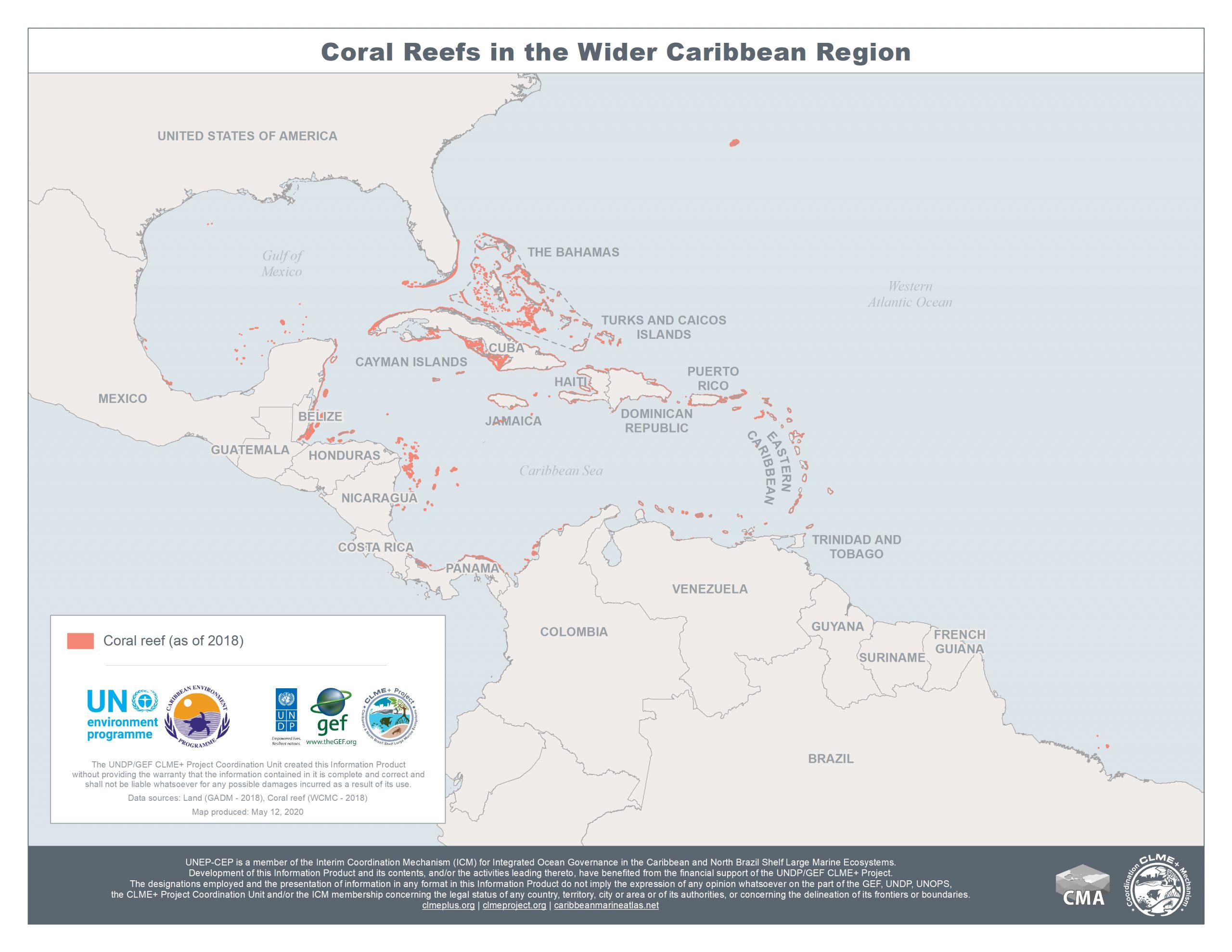 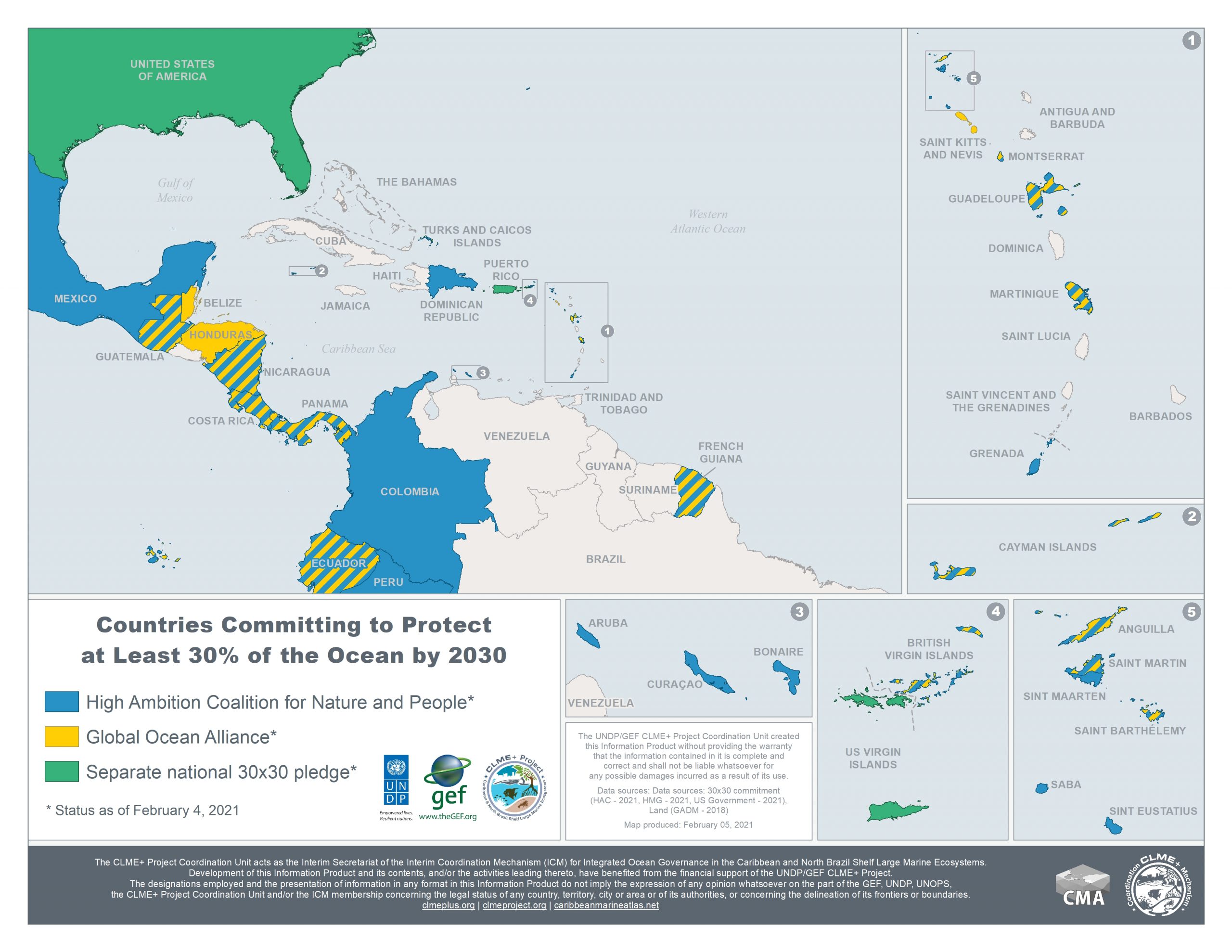