Report of and papers presented at the Second Meeting of the WECAFC ad hoc Working group on the development of Sustainable Moored Fish Aggregating Device Fishing in the lesser Antilles Bouillante, Guadeloupe, 5–10 July 2004 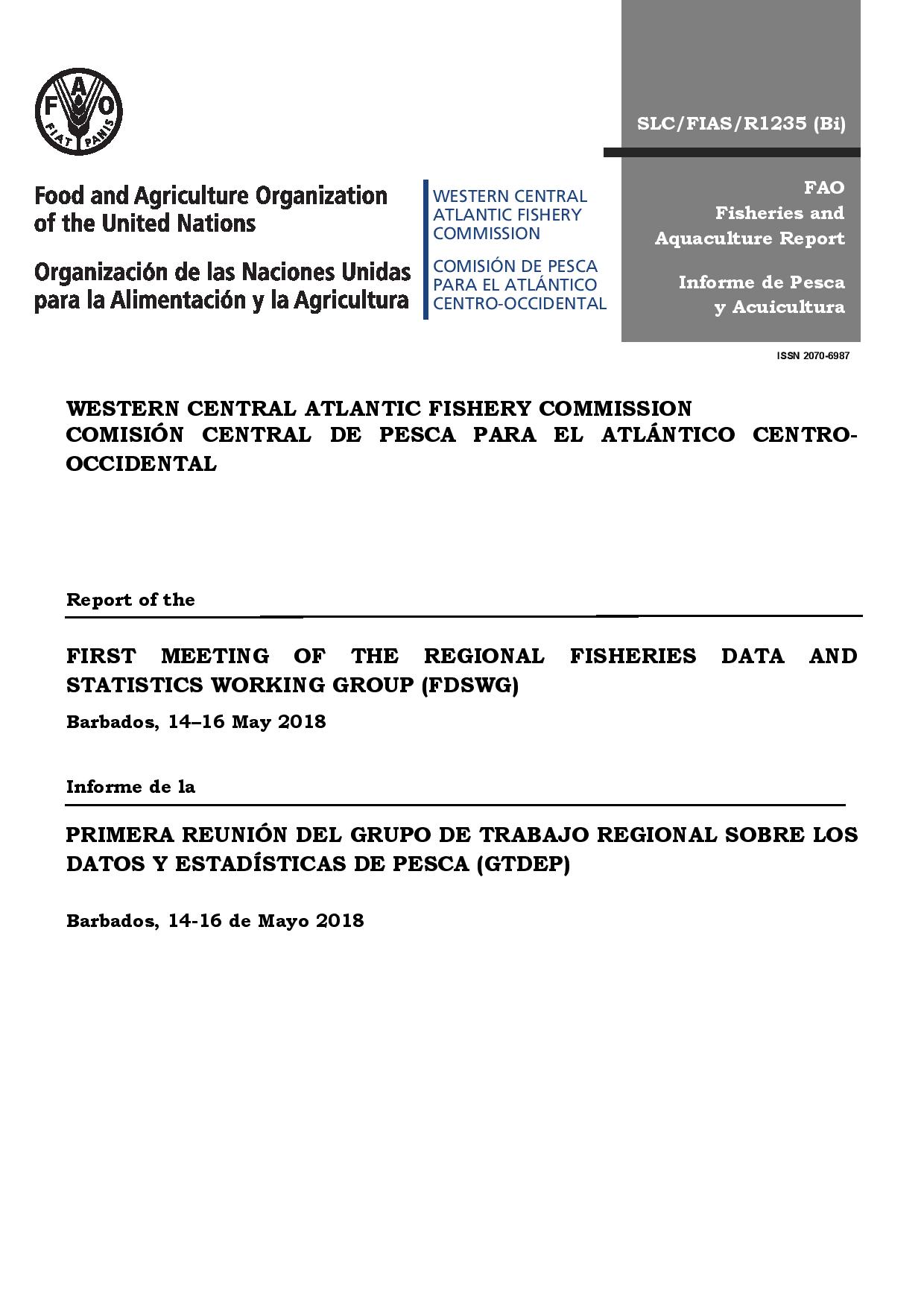 Report of First Meeting Of The Regional Fisheries Data And Statistics Working Group (FDSWG) Barbados, 14–16 May 2018

This is the report of the1st Meeting of the WECAFC-CRFM-OSPESCA Fisheries Data and Statistics Working Group (FDS-WG) convened 14–16 May 2018 in Barbados (West Indies), established as per decision of the 16th Commission meeting of the Western Central Atlantic Fisheries Commission (WECAFC).
The event served as the first Meeting of the joint Regional FDS-WG of the WECAFC, Caribbean Regional Fisheries Mechanism (CRFM), and the Organization for Fisheries and Aquaculture for Central America (OSPESCA). Experts from 16 members of WECAFC participated. Staff and resource persons from FAO and NOAA also contributed. 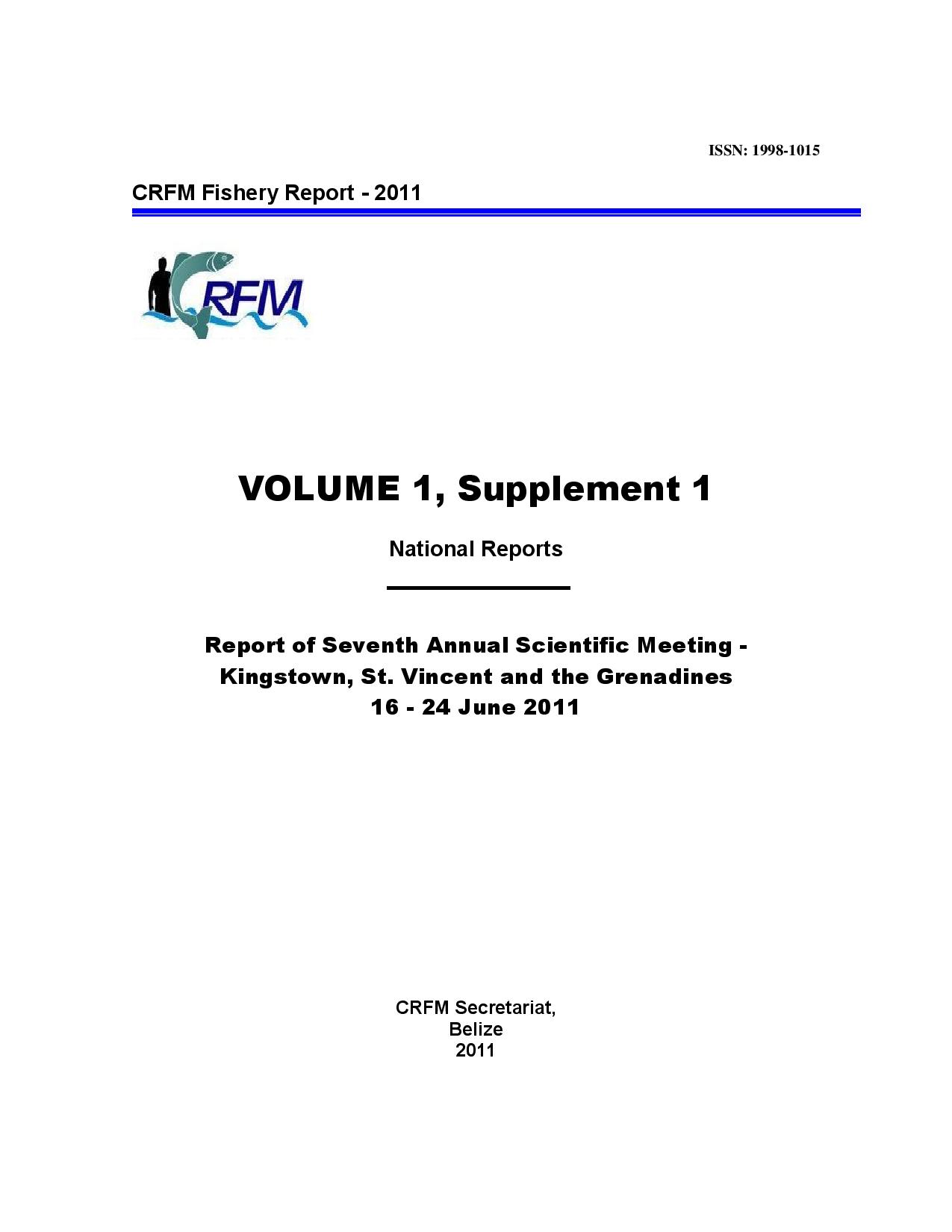 The Seventh Annual Scientific Meeting took place during 16-24 June 2011 in Kingstown, St. Vincent and the Grenadines. During this Meeting, CRFM Resource Working Groups examined data from the following fisheries: the flyingfish fishery of the Eastern Caribbean, the seabob fishery of Suriname, and the shrimp trawl fishery of Trinidad and Tobago and Venezuela. The SGWG also reviewed catch and effort data from the white shrimp fishery in Kingston Harbour, Jamaica


Author: CRFM
Year: 2011
Keywords: Scientific Meeting Volume 1, Supplement 1 the flyingfish fishery of the Eastern Caribbean the seabob fishery of Suriname, and the shrimp trawl fishery of Trinidad and Tobago and Venezuela fisheries 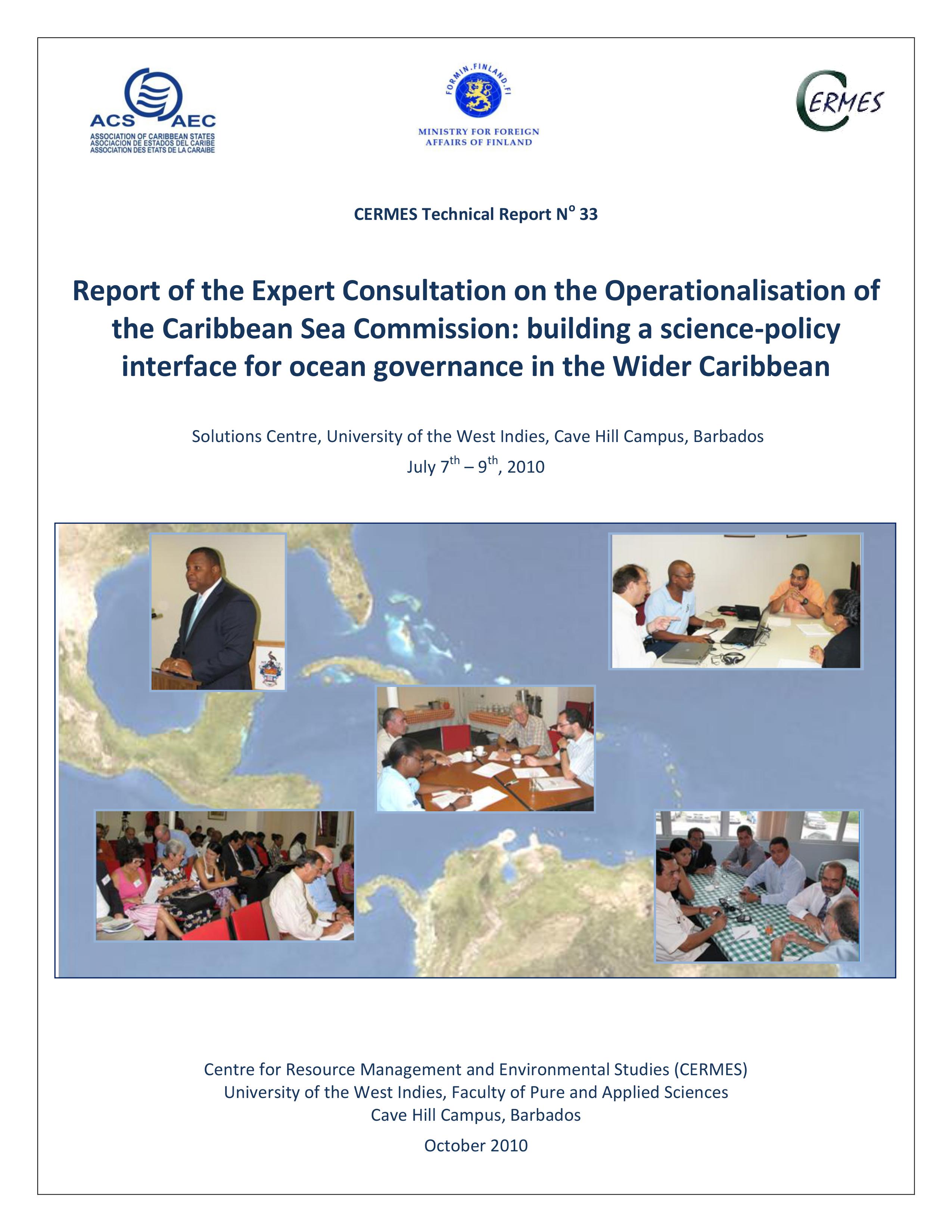 Report of the Expert Consultation on the Operationalisation of the Caribbean Sea Commission: building a science-policy interface for ocean governance in the Wider Caribbean

The Expert Consultation on Operationalisation of the Caribbean Sea Commission: Building a science-policy interface for ocean governance in the Wider Caribbean, was held at the University of the West Indies, Cave Hill Campus, Barbados July 7-9, 2010. It was funded by the Ministry for Foreign Affairs of the Government of Finland and was organised by the Centre for Resource Management and Environmental Studies (CERMES) of University of the West Indies, Cave Hill Campus on behalf of the Association of Caribbean States (ACS). The ACS and partners have been pursuing the Caribbean Sea Initiative since 1998 through the UNGA Resolution (63-214) Towards the sustainable development of the Caribbean Sea for present and future generations at the UN General Assembly. In the process, the CSC was established in 2008 to promote and oversee the sustainable use of the Caribbean Sea. 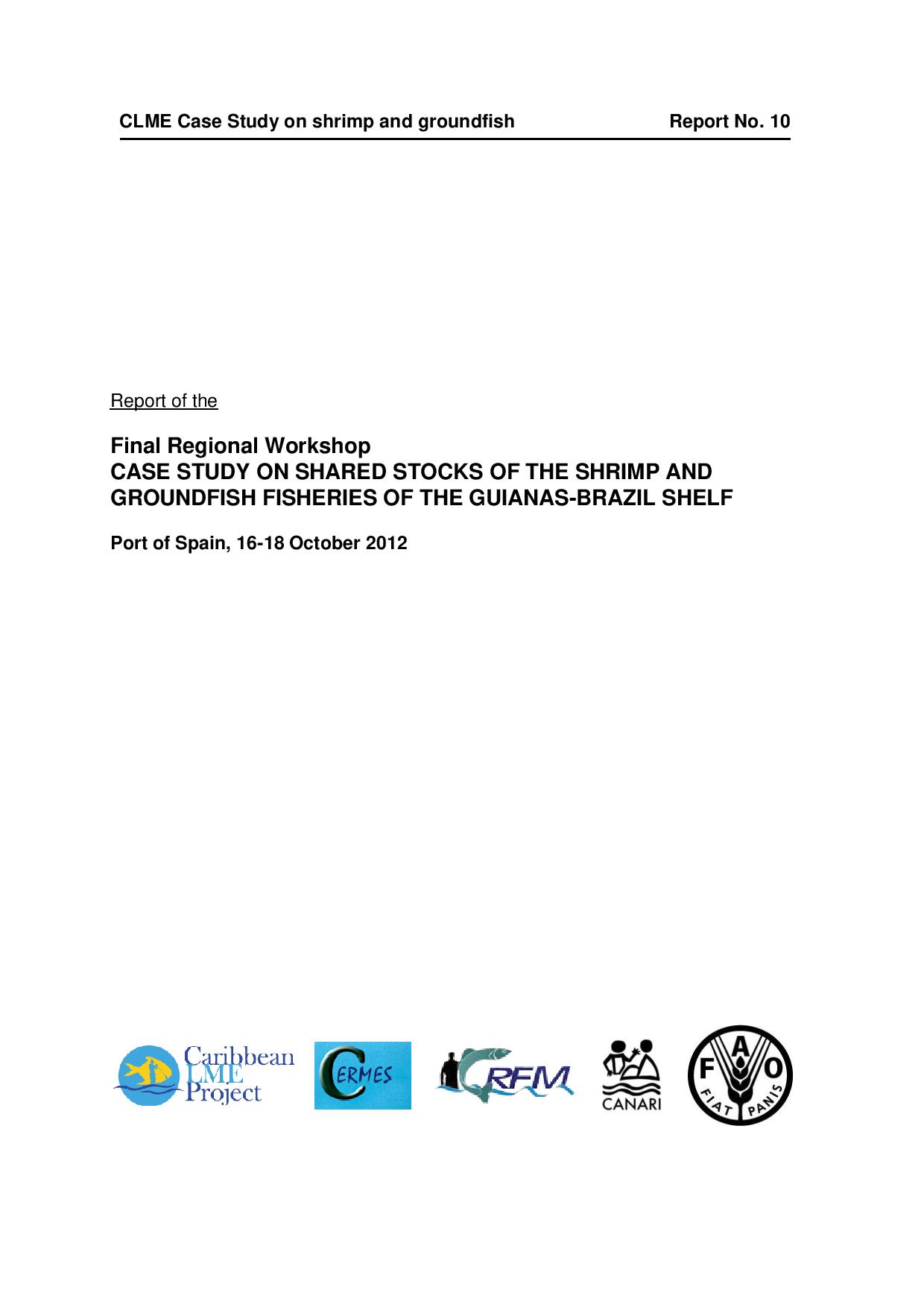 Report of the Final Regional Workshop: Case Study on Shared Stocks of The Shrimp And Ground Fisheries of The Guinas-Brazil Shelf Report No. 10

The purpose of the case study on Shared Stocks of the Shrimp and Groundfish Fisheries of the Guianas-Brazil Shelf was to fill knowledge gaps, contribute to the final CLME Transboundary Diagnostic Analysis and to the Strategic Action Programme (SAP), with priority actions to be undertaken to ensure the sustainability of the shrimp and groundfish fisheries. Another objective was to mainstream the Ecosystem Approach to Fisheries (EAF) in the management of shrimp and groundfish fisheries. Both objectives were addressed through assessments/studies at the national and regional levels, with the participation of stakeholders and following some of the key steps of the planning process under an EAF framework. 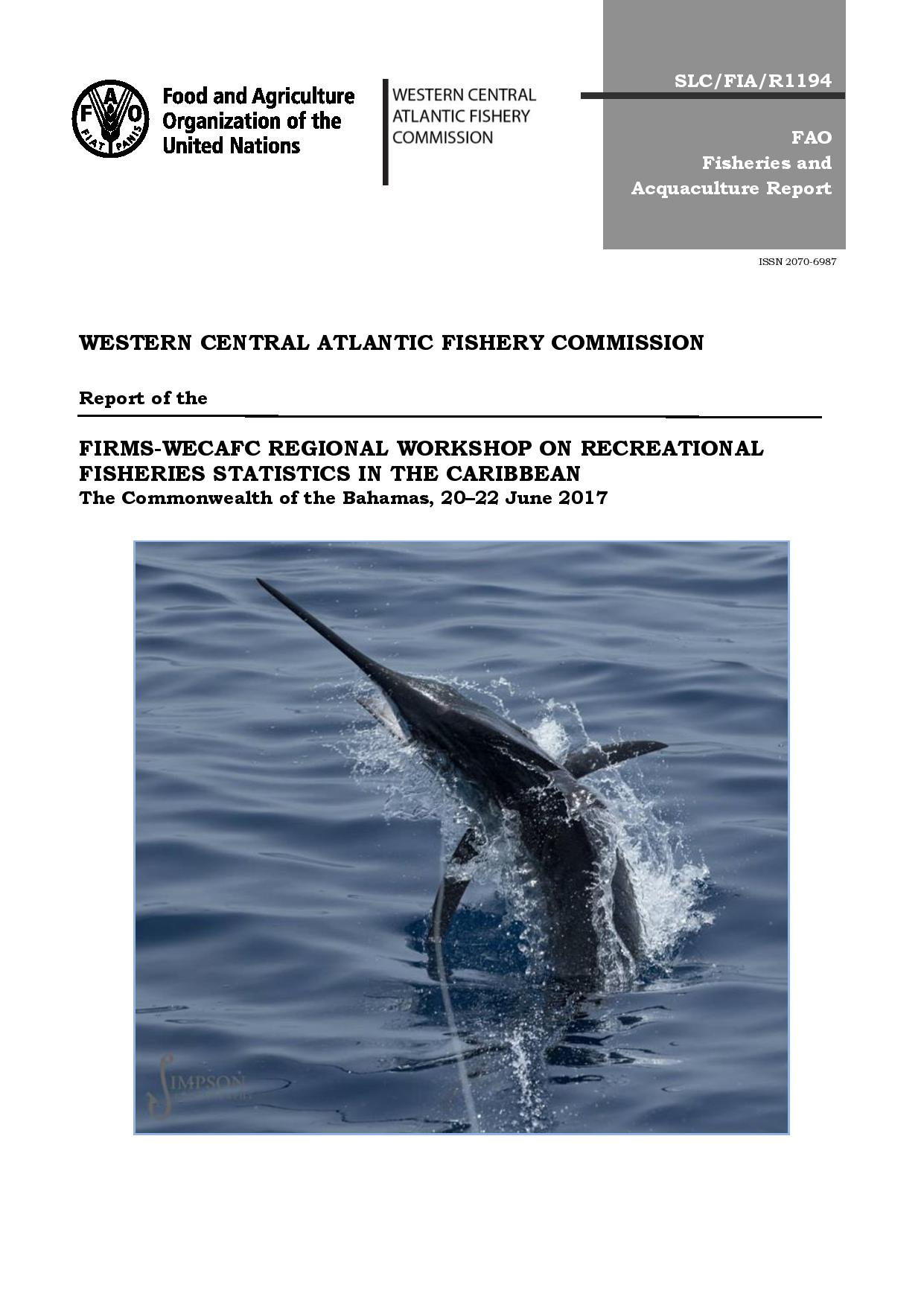 Report of The Firms-WECAFC Regional Workshop On Recreational Fisheries Statistics In The Caribbean – The Commonwealth of the Bahamas, 20–22 June 2017

This is the report of the FIRMS-WECAFC regional workshop on recreational fisheries statistics in the Caribbean, organized by the Food and Agriculture Organization of the United Nations (FAO) and held in Nassau, the Commonwealth of the Bahamas from 20 to 22 June 2017.
The Recreational Fisheries Statistics workshop was hosted by the Government of the Commonwealth of the Bahamas and moderated by Mr Roy Bealey, Coordinator of the Caribbean Billfish Project (CBP), and Mr Raymon van Anrooy, Secretary of the Western Central Atlantic Fishery Commission (WECAFC). Technical coordination and facilitation for the workshop was provided by Mr Yann Laurent, Fisheries Information System Expert (FIAS). Administrative and logistical support was provided by CBP and WECAFC, and coordinated by Mrs Luisan Rogers, Liaison Assistant for the CBP. 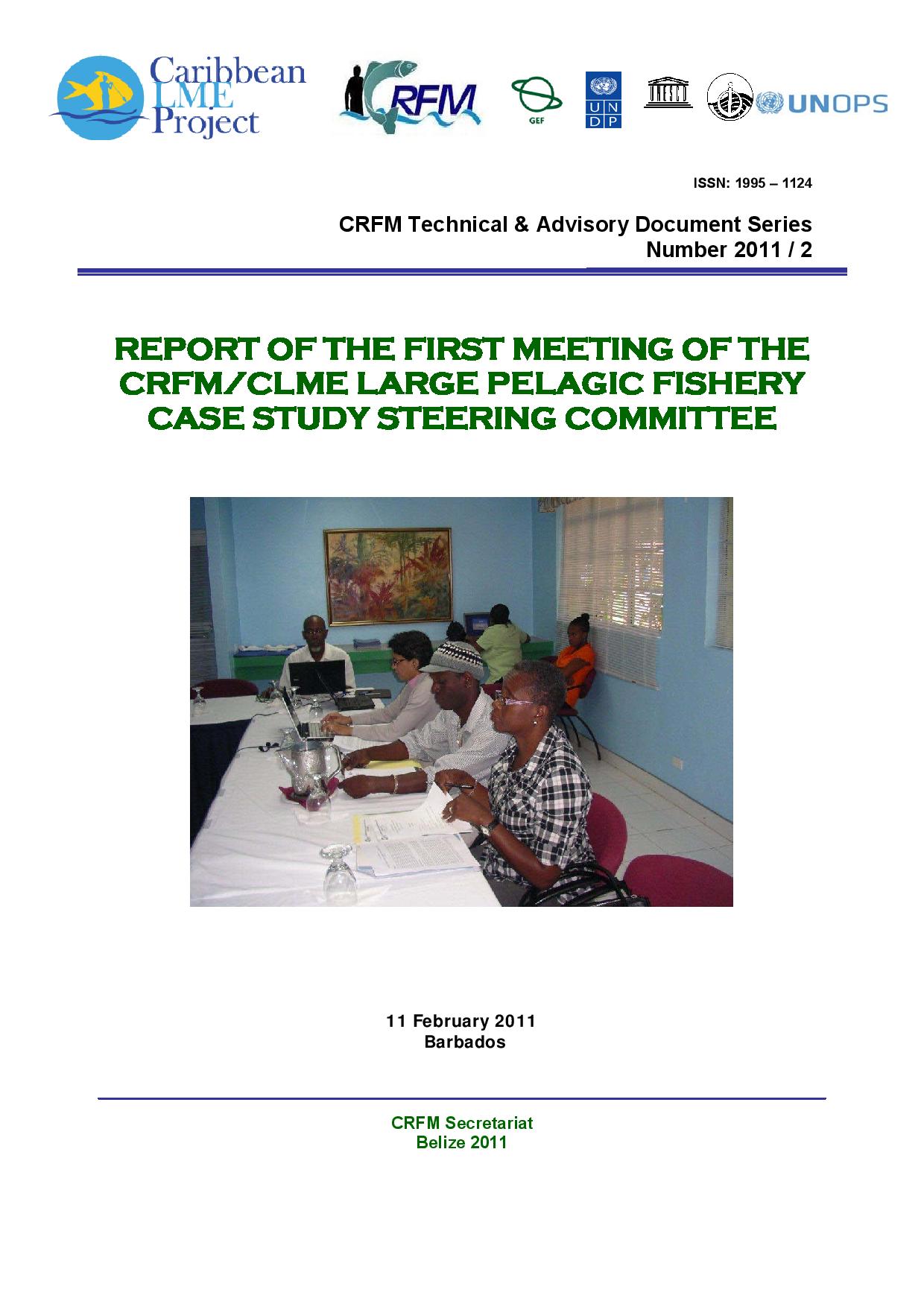 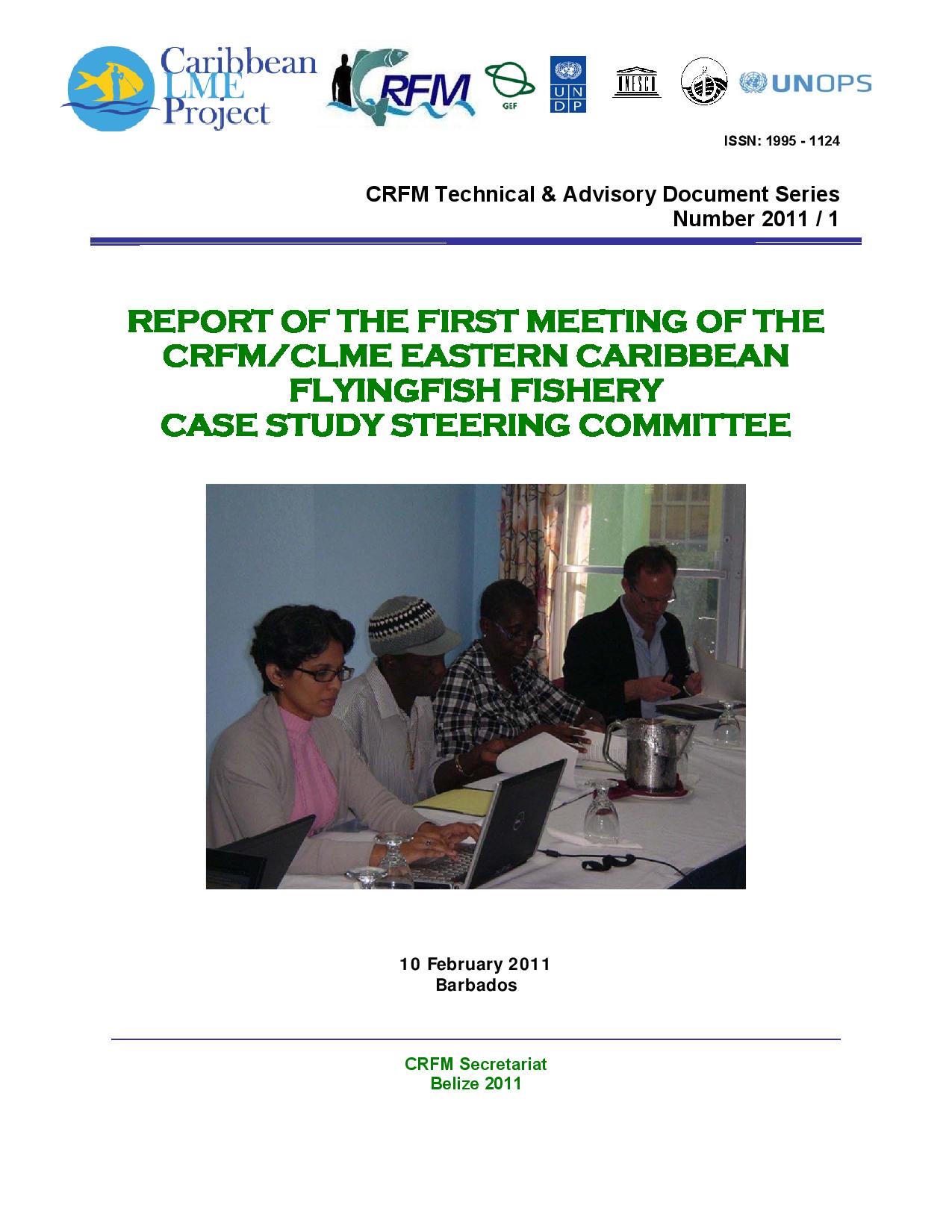 This is the report of the first meeting of the OSPESCA/WECAFC/CRFM/CFMC Working Group on Caribbean Spiny Lobster, which was held in Panama City, Panama, on 21–23 October 2014. The meeting was co-organized with the Aquatic Resources Authority of Panama (ARAP). The following countries and regional partner organizations participated: Anguilla, Antigua and Barbuda, the Bahamas, Belize, Brazil, Cuba, the Dominican Republic, France, Haiti, Honduras, Mexico, the Netherlands, Nicaragua, Panama, and the United States of America, the Western Central Atlantic Fishery Commission (WECAFC), Caribbean Regional Fishery Mechanism (CRFM), the Caribbean Fisheries Management Council (CFMC), and the Central American Fisheries and Aquaculture Organization (OSPESCA). Resource persons from other organizations and institutions also contributed.