1.1.1 Contributions of the Ocean to Socio-Economic Development - CLME+ HUB
Disclaimer Please be advised that this SOMEE online portal is currently under development and is being displayed for demonstration purposes only. All content herein is subject to change and should not be quoted or referenced except for the purposes of giving feedback to the developers of this site.

1.1.1 Contributions of the Oceans to Socio-Economic Development 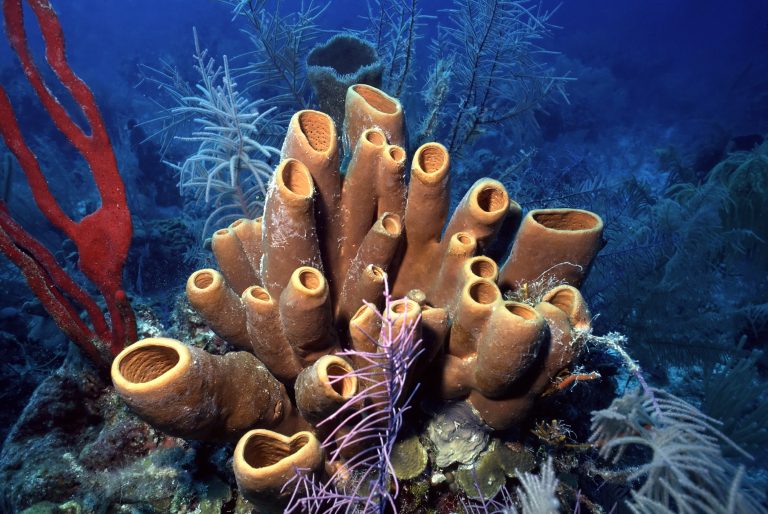 The oceans are vital to the world’s economy and prior to the COVID-19 pandemic, it was estimated that ocean-based economic activity was worth between US$3-5 trillion (FAO 2014). Marine and coastal tourism, capture fisheries, marine aquaculture, seafood industries, offshore energy and port activities were the ocean sectors forecasted to grow most rapidly in terms of global value added (OECD, 2016). Marine fisheries alone are estimated to directly or indirectly employ over 200 million people worldwide (UN n.d.). While economic activity was steadily increasing until late 2019, the COVID-19 pandemic has had large economic impacts around the world. The profound economic costs of measures put in place by countries to control this disease, and the long-term effects on ocean activities and associated economic output remain unknown, although the impact is likely to be felt a long time after the pandemic comes to an end.

Despite the importance of maintaining ocean health to ensure the continued survival of humanity and the economic benefits provided by the ocean, mounting pressures – from overfishing, habitat degradation, pollution, and climate change – are significantly impacting the ability of the oceans to continue providing key ecosystem services, and as a result undermining the potential of the oceans to sustain the livelihoods so many societies depend on. In addition, new ocean-related economic activities are anticipated to continue growing as the global population increases, and could further exacerbate pressures on the oceans pushing more and more of the world’s most vulnerable into poverty. If the business-as-usual model continues,, the poor, indigenous peoples, and other vulnerable groups with a high dependency on natural resources may have their well-being especially threatened. Ensuring that developing countries can fully benefit from sustainable ocean economies and healthier oceans has become a global priority and efforts are needed to further encourage opportunities provided by the blue socio-economic development, including more jobs, cleaner energy, improved food security, and enhanced climate resilience. As such, many countries have defined or are in the process of defining “blue economy” strategies to support a more sustainable future. However, to be successful with these strategies and ensure that they support the sustainable management of ocean resources, collaboration between nation-states and across public-private sectors will be necessary on a scale that has not been previously achieved. Enhanced ocean governance will therefore be needed at different scales to improve the management of our precious ocean resources and secure ocean sustainability.

The term “blue economy” has been used in different ways, but is defined by the World Bank as being “the range of economic sectors and related policies that together determine whether the use of oceanic resources is sustainable” (World Bank and UNDESA 2017). The conception and vision determined by each country for the blue economy concept depends on the mix of oceanic activities and unique national circumstances. However, in general, the concept seeks to promote economic growth, social inclusion, and the preservation or improvement of livelihoods while at the same time ensuring the environmental sustainability of the oceans.

Put simply, the blue economy concept aims to protect and restore, where needed, ocean resources that supply food and livelihoods to the world’s population; while at the same time, seek enhanced or new sustainable economic opportunities derived from the oceans, moving beyond business as usual. It should also fully anticipate and respond to the potential impacts of climate change on the marine and coastal environment limiting associated socio-economic damage.

Sectors that contribute to the blue economy concept are diverse and incorporate both traditional ocean-based industries (fisheries, tourism and shipping), but also emerging activities (offshore renewable energy, marine aquaculture, seabed mining, marine biotechnology and bioprospecting). Ecosystem services provided by oceans can also be considered in the blue economy concept despite not having a market value. Carbon sequestration, coastal protection, waste disposal and biodiversity all contribute to economic output and human well-being, and can therefore be included as contributing to blue socioeconomic development.

The following provides a more in-depth analysis of the contribution of certain key ocean sectors to economic output:

Globally, tourism was fast becoming one of the largest businesses and in 2019 had recorded the ninth consecutive year of sustained growth, with an estimated 1.4 billion international tourist arrivals (UNWTO 2019). Ocean and coastal-based tourism supports a major part of this industry. It has been reported that approximately half of all tourists worldwide visit coastlines (UNWTO 2013) and an estimated 41 million international tourists chose SIDS as their destination in 2013 (UNWTO 2014).

Recreational activities such as diving, surfing, cruises, ecotourism, and recreational fishing operations support the livelihood of millions of people living near coastlines. For some countries, tourism alone can account for more than 20 percent of GDP and even higher in certain nations such as Antigua and Barbuda where the tourism contribution to GDP exceeded 40 percent (OECD 2020).
For example, over 350 million visitors visit coral reefs every year and the coral reef tourism sector is estimated to have an annual value of US$36 billion worlwide. Increasingly, tourists seek to participate on whale, shark and turtle viewing tours, and shark viewing operations alone have received 600,000 people that have reportedly spent over US$30 million annually on this activity (TNC n.d.).

Sustainable fisheries is an important part of developing a prosperous blue economy, with marine fisheries contributing an estimated US$274 billion to global GDP in 2007 (World Bank 2012) and accounting for approximately US$143 billion per year in trade of seafood products (FAO 2018). Fisheries and aquaculture provide employment opportunities to around 200 million people who work along the value chain (FAO 2018) and help meet the nutritional needs of 3 billion people who rely on fish for food security (FAO 2016). Approximately one in 10 people rely on the fisheries and aquaculture sector for their livelihoods and the role of healthy fisheries is particularly important in many poor communities where fishing is their sole source of income. Women only account around 14 percent of the workforce directly employed in the sector, but close to 50 percent when secondary activities such as processing are included (FAO 2018).

Despite the significance of global fisheries to the health and socio-economic wellbeing of the world’s population, the current global fisheries crisis is providing a sense of urgency to adopt new and innovative approaches towards the integration of sustainable fisheries in the blue economy concept.

The world depends on international shipping to transport over 90 percent of world trade. This low cost and reliable mode of transportation is at the core of the global economy and moves food, commodities, raw materials, energy and consumer goods around the globe. Freight is estimated to generate over half a trillion US Dollars in annual income (ICS n.d.) and is an important source of employment, both at sea and ashore. The shipping industry is projecting significant growth, with some estimates indicating that global freight demand could triple by 2050 (ITF 2019) depending in part on the impacts of climate change and climate policy. In 2018, the volume of international maritime trade hit an all-time high of 11 billion tonnes loaded (UNCTAD 2019) with developing economies accounting for the largest share, both in terms of exports and imports.

Sections 1.1.1 and 1.1.2 have combined references in Google Doc.  How do I resolve that here? Do I separate references for each section online?