The CLME+ Initiative and the Wider Caribbean

The Wider Caribbean Region, as defined under the “Cartagena Convention” for the Protection and Sustainable Development of the Marine Environment, is composed of 3 Large Marine Ecosystems or LMEs:

The combination of the latter two LMEs is referred to as the CLME+ region. It is bordered by over 35 States and Territories: the Caribbean & North Brazil Shelf Large Marine Ecosystems. This vast marine area (4.4 million km2) is a major contributor to regional economic development and is key to many globally relevant ecological processes. 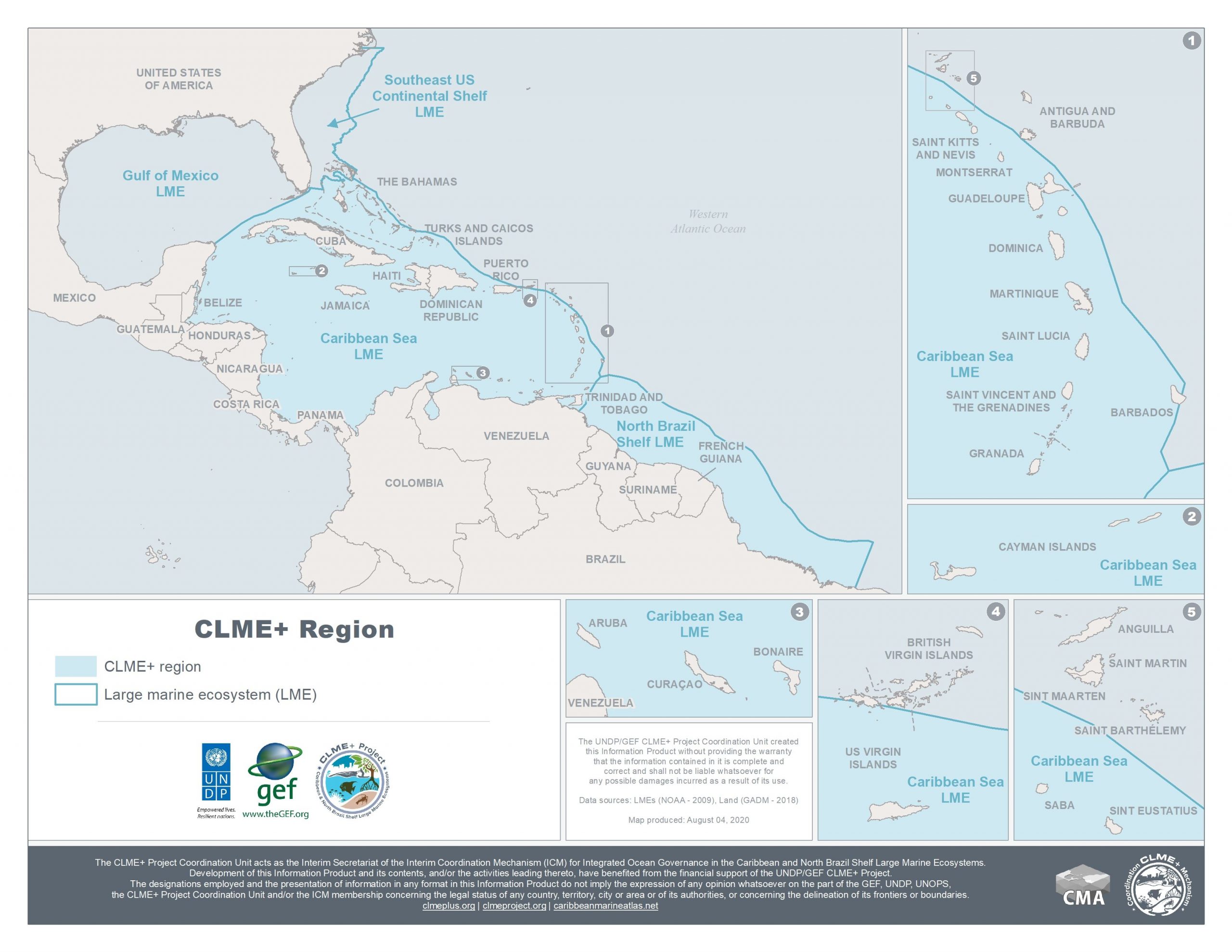 contribute almost 50% of the total organic carbon burial in ocean sediments, known as ‘blue carbon’. As such, these habitats help in constraining the rise in atmospheric carbon dioxide, and provide nursery grounds for regionally and globally important fish stocks (Holmyard, N., 2014). Of high relevance for fisheries are also the continental shelf and pelagic ecosystems. Therefore, the CLME+ SAP focuses on three so-called “sub-ecosystems”: the coral reef, the pelagic and the continental shelf sub-ecosystems (Figure x).

[1] Low-lying coastal and/or Small Island Developing States (SIDS) as listed by the United Nations Department of Economic and Social Affairs; see http://sustainabledevelopment.un.org/index.php?menu=1522
[2] As of 10 October 2010, Holland, Aruba, Curaçao and St. Maarten are partners in the Kingdom of the Netherlands.
[3] The islands of Bonaire, Saba, and St. Eustatius have become “special municipalities” of Holland
[4] Outermost Regions (normally considered part of the European Union and subject to European law)
[5] Overseas Departments and Regions – Overseas Collectivities of France
[6] Puerto Rico is a Free Associated State of the United States