Status of Coral Reefs In The Mesoamerican Region - CLME+ HUB 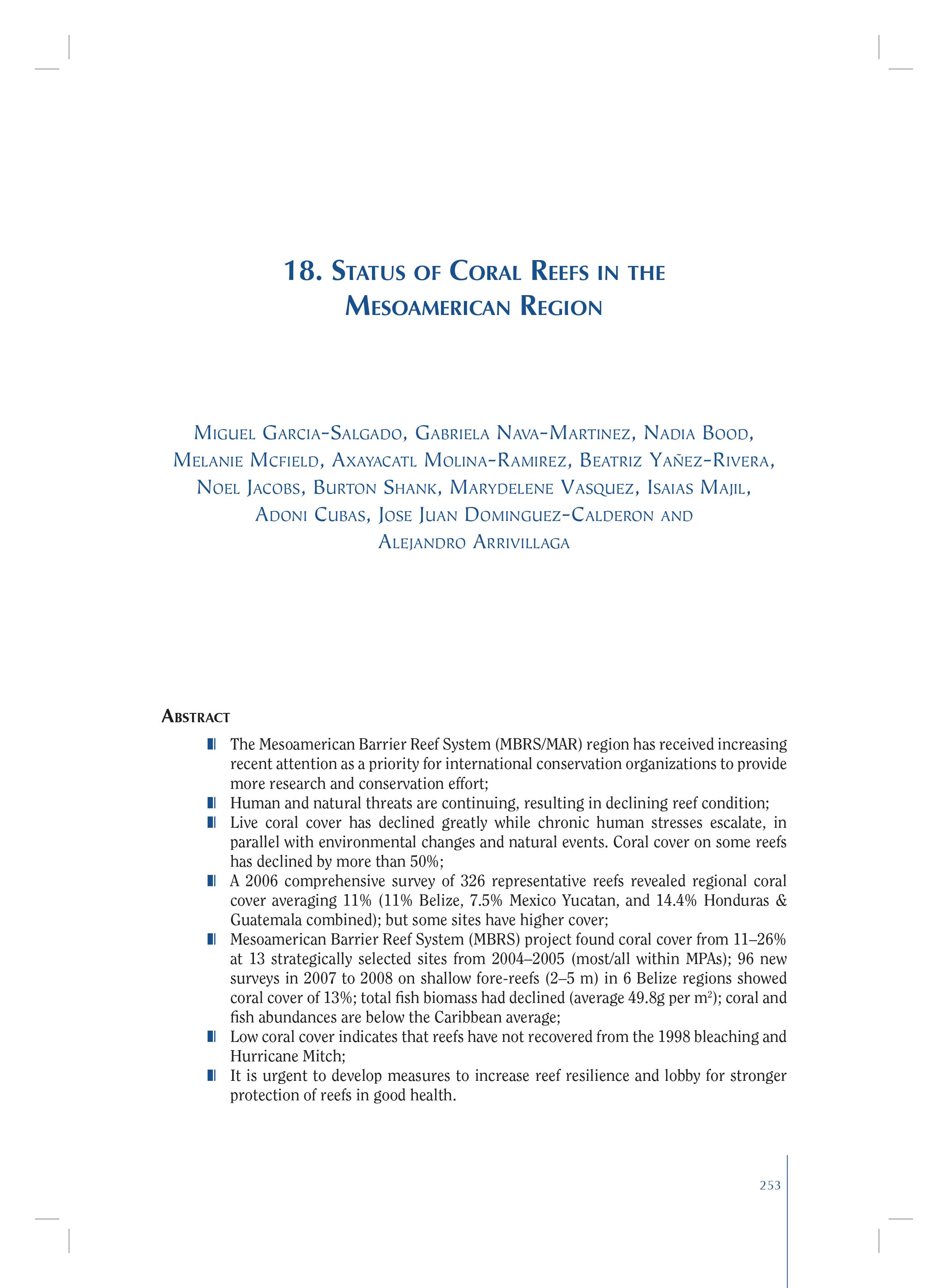 Status of Coral Reefs In The Mesoamerican Region

This Document makes a description of the status of the coral reefs in the mesoamerican region, taking in mind that: -The Mesoamerican Barrier Reef System (MBRS/MAR) region has received increasing recent attention as a priority for international conservation organizations to provide more research and conservation effort; -Human and natural threats are continuing, resulting in declining reef condition; -Live coral cover has declined greatly while chronic human stresses escalate, in parallel with environmental changes and natural events. Coral cover on some reefs has declined by more than 50%; - A 2006 comprehensive survey of 326 representative reefs revealed regional coral cover averaging 11% (11% Belize, 7.5% Mexico Yucatan, and 14.4% Honduras & Guatemala combined); but some sites have higher cover; - Mesoamerican Barrier Reef System (MBRS) project found coral cover from 11–26% at 13 strategically selected sites from 2004–2005 (most/all within MPAs); 96 new surveys in 2007 to 2008 on shallow fore-reefs (2–5 m) in 6 Belize regions showed coral cover of 13%; total fish biomass had declined (average 49.8g per m2); - -- - coral and fish abundances are below the Caribbean average; - Low coral cover indicates that reefs have not recovered from the 1998 bleaching and Hurricane Mitch; - It is urgent to develop measures to increase reef resilience and lobby for stronger protection of reefs in good health