The CLME+ Project: An initiative to save the sea and enhance livehoods

What is it?
The CLME+ Project is a 5-year project (2015-2020) implemented by the United Nations Development Programme (UNDP) and co-financed by the Global Environment Facility (GEF).
It assists participating countries from two large marine ecosystems (LMEs) in improving the management of their shared Living Marine Resources through an Ecosystem-Based Management approach:
the Caribbean Large Marine Ecosystem
the North Brazil Shelf Large Marine Ecosystem
The combination of those two LMEs is referred to as the CLME+ region, bordered by over 35 States and Territories: the Caribbean & North Brazil Shelf Large Marine Ecosystems. This vast marine area (4.4 million km2) is a major contributor to regional economic development and is key to many globally relevant ecological processes. 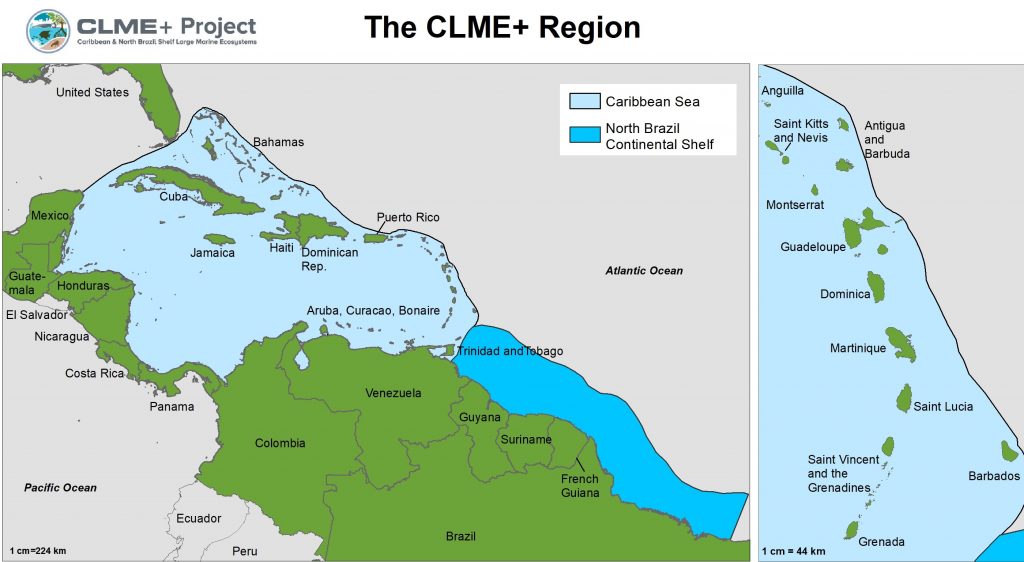 What is the CLME+ Region?

A first UNDP GEF CLME Project (2009-2014) enabled the development of a Strategic Action Programme (CLME+ SAP, 2015-2025) to reverse environmental degradation in the CLME+ region, which was endorsed at high political levels by over 20 countries within the region in 2013. The SAP puts considerable focus on priority actions that aim at dealing with root causes of environmental degradation such as weak governance arrangements and capacity and information gaps, and overall lack of coordination of efforts, as a result of geopolitical and sectoral fragmentation at the regional, sub-regional, national and local levels. 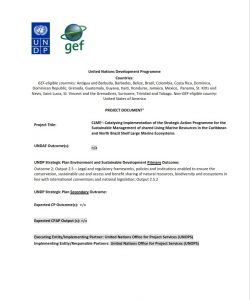 The Caribbean: A shared challenge

Since the the begging of the CLME Project the vision of understanding the Caribbean as a shared challenge has been advocated; a challenge that will only be overcome if countries, IGO’s, civil society and everyone in the region works collaboratively. Click on the next video to find out more!

Countdown towards commencement
of the Ocean Coordination Mechanism MoU

After five years of regional negotiations, the Memorandum of Understanding (MoU) that will enable the creation of an Ocean Coordination Mechanism (OCM) for the wider Caribbean (Caribbean and North Brazil Shelf Large Marine Ecosystems) was finalized on October 12, 2021. Following the language reconciliation of the English, Spanish and French versions of the MoU (currently pending), the MoU will be opened for signatures by Countries and Intergovernmental Organisations (IGO’s) listed in Annex 1 of the MoU. The below dashboard shows the total number of signatures received to date, as well as the remaining amount of signatures from respectively Countries (left) and from Intergovernmental Organizations (right) that are still required for the MoU to commence.